Sharjah links to 16 museums across it that cover widely varied fields, including Islamic art and culture, archaeology, heritage, science, marine life, as well as the history of Sharjah and the region.

Explore a three-storey museum dedicated to showcasing artistic creations and collections of more than 500 artworks of various mediums and techniques, featuring a range of expressive techniques that will spur your imagination. Throughout the year, the museum holds a variety of temporary exhibitions and art events. The Art Library consists of over 4000 titles in Arabic, English and other languages, along with visual and audio materials.

This unique museum offers art lovers and all visitors, the opportunity to admire the splendor of a variety of collections and temporary exhibitions hosted by the museum, and also participate in the museum’s regular program and workshops.

This museum showcases fascinating masterpieces and creative paintings by local and international artists and calligraphers. It also hosts exhibitions on a regular basis, aiming to instil the love of Arabic calligraphy in every visitor, to preserve the cultural heritage, to introduce the visitors to the Arab artists’ marvellous artworks and to set new standards both locally and internationally.

The artworks displayed highlight the masterly talents of local and international artists and calligraphers; their paintings, meticulously created, carry a deep meaning and a valuable historical background. This museum, with all its spectacular calligraphic artworks, gives you a boost of positive energy that will brighten up your day.

Sharjah Science Museum offers interactive presentations, designed to motivate visitors and encourage them to adopt innovation and creation. The museum includes more than 50 interactive exhibits and offers many attractive programs and interesting events for children. It also offers them the opportunity to admire humanity’s most creative and beautiful achievements in the fields of science and technology.

Learning and exploring in an engaging atmosphere is always fun, regardless of your age. Enjoy a world of science and exploration including hands-on experiments, laws of nature, thermal physics, physiology and aerodynamics. Take part in electricity demonstrations, explore space secrets and mysteries, test your reactions and discover your potentials and capabilities.

Sharjah Science Museum offers you the opportunity to explore the rich heritage and deep-rooted history of Sharjah. The reports of many excavation expeditions showed that humans have settled in Sharjah for a period of not less than 125.000 years. There are also ornamental gems and pottery shards from the Ubaid period that were found in Al Hamriyah and confirm the trade exchange of this age with Mesopotamia (present-day Iraq).

Housed within Sharjah’s first airport building, the Al Mahatta Museum is an aviation museum dedicated to flights and flying- from man’s first attempts to fly to man successfully landing on the moon to aeroplanes used by UAE in the past.

Sharjah Airport was the first in the region that opened in 1932 and in March 2000 opened as a Museum. The airport has been used in the 1930s as a staging post for commercial flights en route from Britain to India. The original propeller planes, fully restored, stand guard in the hangar alongside the original refuelling tanker.

Teachers from other Arab states were brought in to broaden the school’s curriculum beyond religion to include mathematics, history, geography, astronomy, literature, even some English classes.

In the early 1950s, Al Eslah was one of the first schools in the region to educate girls. Al Eslah School opened as a Museum in April 2003.

The Sharjah Museum of Islamic Civilisation opened in 2008 and exhibits Islamic culture, with more than 5,000 artifacts from the Islamic world. Objects include calligraphy, carvings, ceramics, coins, glass, manuscripts, metalwork, and scientific instruments.

Situated in the historical heart of Sharjah on the Majarrah Waterfront, this fascinating Museum is housed in what was once a traditional Middle Eastern souq or indoor market. The new Sharjah Museum of Islamic Civilization presents more than five thousand exquisite Islamic artifacts from all over the Islamic World, arranged according to themes and spread over seven spacious galleries and display areas.

Located in the Heart of Sharjah and steeped in over 190 years of history, this wonderful edifice, built in 1823, was Sharjah’s government headquarter and the residence of the ruling Al Qawasim family.

The Fort is a square- shaped construction, featuring a spacious yard in the middle. It consists of two main floors and three towers built for defensive purposes. When first built in 1823, it was considered the biggest and most important construction in Sharjah.

The house originally belonged to the late Obaid bin Eissa Bin Ali Al Shamsi, nicknamed Al Naboodah. He was a prominent pearl merchant who held commercial ties in India, Africa and France. Al Naboodah lived in this house,  built around 1845‎, with his family

The house construction went through several phases as his family grew bigger.

When you visit the East Coast, make sure to add Bait Sheikh Saeed Museum to your list. This house, which has been renovated and reopened to the public, enriches your trip and takes you on a thrilling journey through the past to explore the ancestors’ profound culture and civilization. Boasting a prime location along the beach, the tranquil coast with its glowing sandy beaches, the stunning majestic mountains, the vast green plains and the surrounding lush gardens, all add to the special charm of the house. Its interior holds no less charm than its location, as it displays collectibles embodying the UAE heritage.

The museum presents all the marvelous and diverse aspects of sea-related life that has had such a great impact on Sharjah’s heritage, and the development of coastal cities for over 6,000 years.

Explore the traditional wooden seafaring dhows used for fishing, trading and pearling, each designed according to the particular use to which it was to be put, enjoy the beauty of the genuine Arabian pearls collected by our ancestors from the deep blue waters of the Gulf, and which still possess the same luster and glamour today as they did when they were first harvested, in a different age.

The museum also reveals facts about the exciting diving world, the traditional fishing methods, as well as the trading and diving adventures in the UAE’s old days.

These aquariums shed light on the lively, mysterious and colorful world of the deep sea.

They reflect the diverse marine creatures living in our marine environment. It’s a captivating world revealing an incredible almost (100) species, including the beautiful clownfish, delicate seahorses, moray eels, sea rays and reef sharks. Contemplate the splendour of marine creatures of all sizes along the rocky shore and the coral reefs, and in the lagoons and the mangroves

Attracting tourists and visitors from all over the world, this museum is the ideal destination for lovers of classic cars. . It is really a one-of-a kind museum in the region, as it has on display more than 100 classic cars dating back to the early 20th century.

Learn about the history of the automotive industry and journey back 100 years thanks to a unique collection of classic cars clustered under one roof.

Sharjah Discovery Centre is a must-see destination when visiting Sharjah. It offers a great deal of fun blended with knowledge. This fascinating entertainment centre is particularly designed for children aged 3 to 12 years, providing them with the opportunity to learn, discover and understand scientific and technological facts that they encounter in their daily life. Let your little ones explore the world in a fun-filled and relaxing atmosphere.

The museum offers a brilliant chance to engage with the heritage of Sharjah and the rich Emirati culture, with a focus on Sharjah residents’ lifestyle over the past decades. Here, you can learn and get inspired by the deep-rooted Arabic customs and traditions which serve as the yardstick for coming generations. 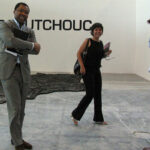 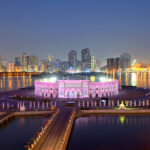 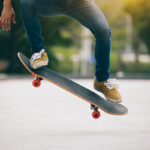