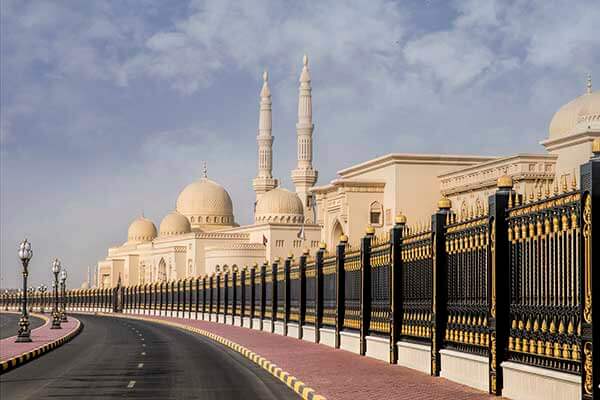 Occupying a prominent location in the University dormitory in the city of Sharjah, the University has an environmentally friendly campus built according to the latest systems and the highest standards that gather between the beauty of the Islamic architecture and the splendor of designs.

The University also includes an integrated set of services provided for supporting students out of the University’s keenness on creating an attractive and prominent educational environment serving students from all over the world, so that the vision of the founder, HH Sheikh Dr. Sultan bin Muhammad Al-Qasimi, Member of the Supreme Council, Ruler of Sharjah, President of Al Qasimia University, would be realized, and in order for the University to be a beacon of excellence in higher education and scientific research, basing all its actions on the fundamentals, principles and teachings of the tolerant religion of Islam open to the entire world.

Covering a total area of about 1.036.049 square meters, the University includes an administration building, a library, an auditorium, a Mosque, an Islamic Manuscripts House, colleges for male and female students, dorms for males and females and housing for the teaching staff.  ​