The Islamic Museum was first inaugurated in the Heritage Area on the sixth of November 1996. This museum was then transformed, under the directions of His Highness Sheikh Dr. Sultan bin Muhammad Al Qasimi, Supreme Council Member and Ruler of Sharjah, to the traditional Souq Al Majarrah (opened as a souq in 1987). The museum was then re-opened under the name “Sharjah Museum of Islamic Civilization” on the sixth of June 2008, after transferring the re-interpreted and re-displayed collections from the previous museum to this redesigned state-of-the-art museum.

The museum is an important cultural and touristic landmark. It is unique for its location along the Al-Majarrah Waterfront in the Heart of Sharjah and for being the first of its kind in the United Arab Emirates. The museum displays thousands of unique artifacts that highlight the great Islamic Civilization from the first century AH (7 AD) to the fourteenth century AH (20 AD). Visitors to the museum can explore the discoveries and inventions of Muslim scholars throughout the ancient Islamic history. 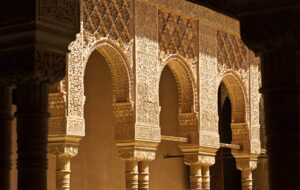 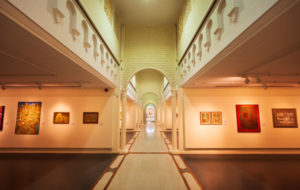 Sharjah Museums Ambassadors Programme
At its thirteenth session, the programme aims to focus on guidance in museums to promote this culture, which has become a unique feature of Sharjah museums. You will also learn about lots of guidance secrets that will represent you as...
Expired 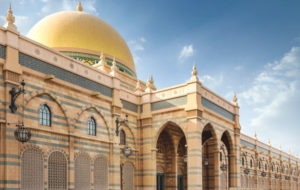 Drop by Drop Life Falls from the Sky. Water, Islam and Art exhibition
Water is the essence of life. It has the power to evoke life, birth, motherhood, purity, and, ultimately, death. These values resonate with all cultures of the world; with the deepest needs and aspirations of humanity. In the Islamic lands,...
Expired